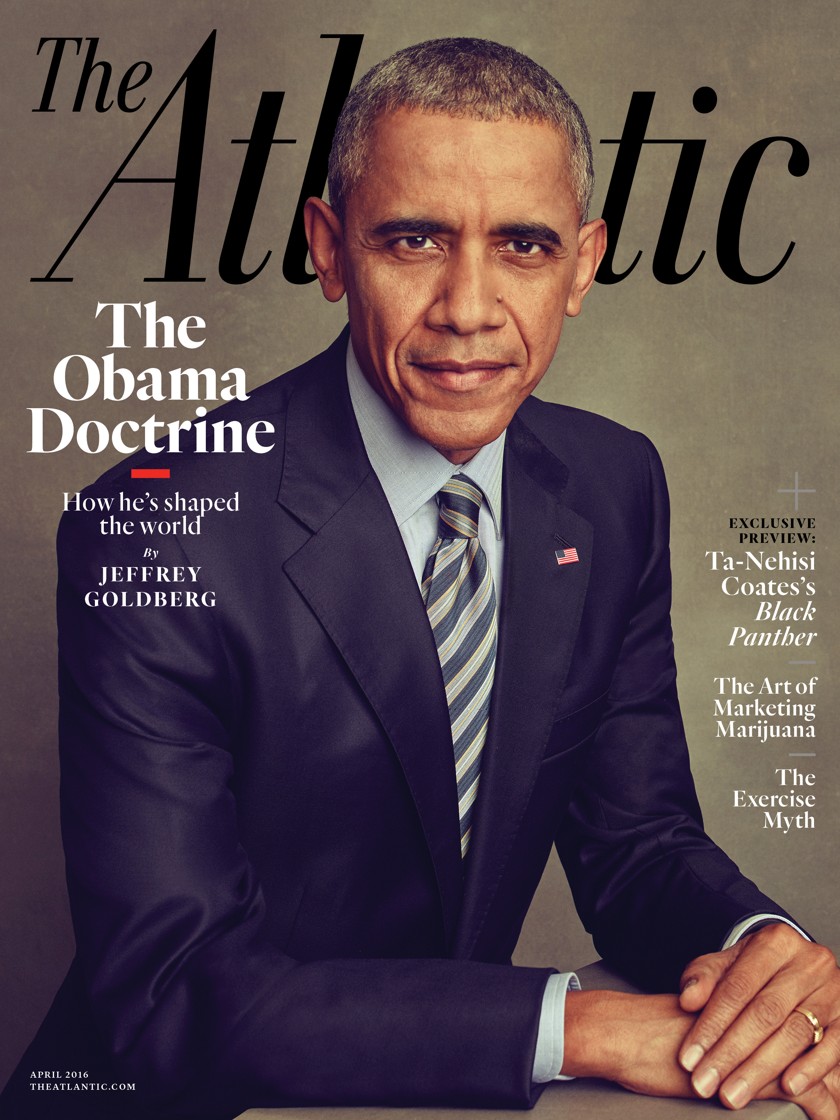 The current issue of The Atlantic features a lengthy piece about President Obama's foreign policy decisions and worldview. It's a terrific piece, and I recommend it (and not just because the president is described in it more than once as "Spockian"). You can see it in print or you can just go here and read it online.

I'm so gonna miss this president when his term is up, no matter who his successor is. (I caucused for Bernie yesterday, and though I'm OK with Hillary, one of the reasons I opted for Bernie is a trepidation about Hillary's foreign policy hawkishness. Also, just the concept that the longer Bernie Sanders is a viable candidate in the race, even if her doesn't win the nom, the more influence he'll have on the platform and the overall campaign, and his influence has been entirely positive.)

I grew up in Arizona, one of the few places in this country that does not observe the practice known as Daylight Saving Time. There's no point down there, really, there isn't that much difference from season to season in the number of daylight hours at that latitude. Plus, it's a hundred degrees every day in the summer, nobody wants to wait until 10pm for it to cool down.

Even though it makes more sense up here, where we go from around eight and a half hours of daylight in December to sixteen in June, I still find it to be kind of silly. Though fascinating as a proof of concept—an achievement of social engineering that would likely be utterly impossible in this culture without the artifice of changing our clocks. Because when you get down to it, Daylight Saving Time is simply getting everyone to agree to start their days an hour earlier from mid-March through October than they do the rest of the year, for businesses to open and close an hour earlier, and so on. If you just asked people to do that, what do you think the compliance rate would be? 20%? 10%? So instead we just move the clocks by law. And everyone complies without even thinking about it.