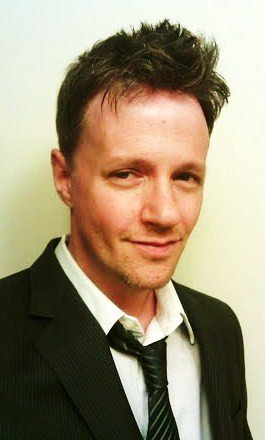 Last night I went out for a walk around my neighborhood. As is my custom when I do such things, I loaded up my phone with the latest podcasts I enjoy to keep me company and spent an hour or so listening to the Friday edition of "The Bob & Chez Show" (Afterparty edition). It wasn't a standout entry by any stretch, but it was still enjoyable to listen to Bob and Chez gab on about Trump, politics, the state of the world, and, naturally, Jordan Peele's sense of humor and whether the movie "Get Out" deserves its 100% rating on Rotten Tomatoes.

Later on, I was browsing through my Twitter feed and saw a post from Bob mourning the loss of Chez. I wasn't sure what to make of it—I could see a context where Bob was making a joke at Chez's expense in relation to some event that had happened that I wasn't aware of (like a death notice for some celebrity who was actually still with us), but what's the joke? Was it not a joke? Did Chez actually die??!

The dude was my age. No idea what happened to him yet.* As far as I know, he wasn't ill, though he had a history of substance abuse that he'd overcome successfully. On his Friday show, I did notice that he was less involved than usual, keeping quiet while Bob talked rather than interject with frequency and wit, but assumed he was just tired or having a day, you know. And perhaps he was. No details on how he died have been made public, so he might have been fine and been the victim of a car accident or something. Not that it matters, I guess. Dude's still gone.

I started listening to the podcast when it was "The Bob & Elvis Show," back in the aughts, then when Elvis quit, Bob recruited Chez to take his place. I liked Elvis and figured the new guy wouldn't be nearly as good, but Chez was even better. Funny with snark and cynicism that was somehow uplifting, even when he'd say that Trump was going to kill us all. Of course, it helps that Chez had my political sensibilities and nerdly interests, and as contemporaries his pop-culture references usually landed squarely. (My favorite line of his from recent shows was in reference to the Trump press conference a couple weeks ago or whenever it was, when Trump responded to a question about meeting with the Congressional Black Caucus by asking the reporter to set up such a meeting for him. Chez said, "He figures all black people are like fucking Aquaman." I laughed loudly, despite my presence sitting in public at the Wayward wearing my earbuds, imagining John Lewis sending out concentric telepathic circles summoning fellow black people from the sea to aid him in battle against Paul Ryan.)

I came to look forward to each week's trifecta of Bob & Chez podcasts as a highlight of my news/politics consumption, and would be disproportionately annoyed when my podcast software was late in making an episode available. I enjoyed the few Twitter back-and-forths I had with Chez about the show, and was absurdly pleased that he ran with the metaphor of the Trump presidency being "less of a news cycle and more of that 'Battlestar Galactica' episode where the Cylons attack every 33 minutes," which I shared with him after I saw it tweeted from the Atlantic's Matt Ford, in both his columns at the Daily Banter and on the podcast.

I never met Chez Pazienza, I only knew him through his writing and commentary and those few interactions on social media. But Chez was someone that made my political awareness more informed and more full of wit, and he was personable and friendly and willing to interact on social media, and I'm stunned that he's gone. Heartfelt condolences to his fiancee, his daughters, and Bob Cesca, his partner in podcasts. If someone as far removed as I am misses Chez, I can't imagine what it's like for the people that he was actually close to. Godspeed, sir.

* Update 2/27/17: Turns out Chez backslid into his heroin habit, which is a shame on a number of levels, not the least of which is all of the work he did to get clean years ago. His editor at the Daily Banter gave some details today in a candid obituary and Bob discussed it a little bit on the Stephanie Miller Show today. Goddamnit, Chez. Sigh.