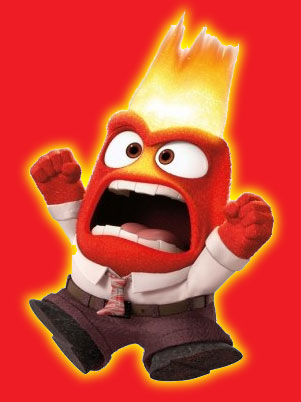 Howdy, Internet. Long time no blog. I guess any writing time I've had has been devoted to trying to make grandsalami.net function as a potentially at-least-break-even endeavor. Eh. Plenty to write about, I should do a bit more here aboard starshiptim.

Anyway, tonight I am musing on the concept of letting things go, or rather my selective inability to do so. Or maybe "selective" isn't the right word. I don't mean I'm choosing not to let things go, rather that some things are so offensive to me that I just can't seem to will myself to forgive.

One of those things has reared its ugly head over the last couple of weeks and I've spent a truly unhealthy amount of time having shouting matches in my head with this particular person that I will probably never speak to in reality again ever. And not always in my head. I've spoken my part of some of the "conversations" out loud (loud) while sitting in my office. Good thing there are no shared walls from my office.

The particular series of incidents that spawned this resentment happened in the weeks and months after, and are directly related to, my becoming trustee and executor of my mom's estate and later my stepfather's estate. So it's already a raw subject emotionally. I'm not going to elucidate details here because that would open a valve I don't know if I could close before New Year's, but the reality I'm left with now is that I am so completely and thoroughly angry and bitter with this specific individual that the fact of it, this rage, has zero benefit and is wholly detrimental.

Which I am intellectually cognizant of, yet I can't or won't(?) let it go. Feels like ever.

Rage has its uses, if channeled into something productive like removing a criminal president from office (just as a random example), but in a case like this there is absolutely nothing productive to channel it into. It's all negative. It's righteous, sure, but just because I'm right and I'm justified in my rage doesn't mean it serves a purpose anymore. All it can do really is make things worse. Not even by taking any actions, just by thinking about it. My mental energy is diverted into teeth-gnashing, blood-presure-spiking, red-faced fury about things I can't do anything about. This guy's going to be an asshole whether I'm pissed and bitter or not, it doesn't make any difference.

So, I'm thinking about grudges. I think I'm basically against them. But I'm a hypocrite about it.

← Previous: Cake or Death? / Next: Time Flies When You're Having No Fun at All →