Worse Before Better: Are We There Yet? 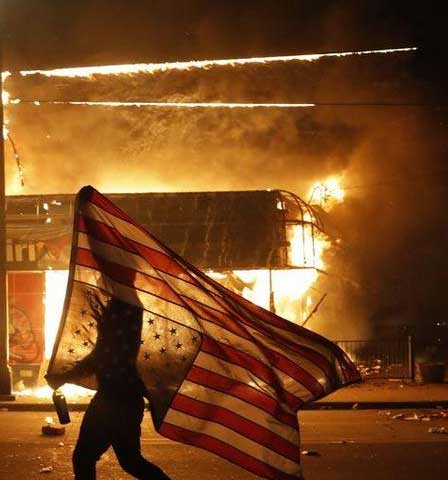 I don't even know where to start. This is probably gonna be a rambly, stream-of-consciousness post. Probably with swearing.

On the other hand, this is, you know, just another week in these United States.

The environment that's allowed the string of killings of black folks by police recently has been stoked by our current so-called president and his minions and the larger Republican party, yes. It must be pointed out that President VonClownstick exacerbated the permissiveness around police brutality, especially when those being brutalized are black, repeatedly and without remorse. He is culpable. But he didn't start it. This is hundreds of years old.

And we as human beings in human society have gotten better, yes, but we've yet to get over this shit. And it's beyond frustrating. It has been a progression, sure; things were better in 1900 than 1850, better yet in 1950, better yet in 1970, better yet in 2010. Not so much improvement between 2016 and 2020, what with racist fuck klanhat setting the tone from the White House, but overall, long-view, better. But it's still too damn slow, and that's a long time for injustices to fester.

So, yeah, people are mad. Protests are good and proper. The violence I'm not on board with, but I get it. (Some of it, anyway—from some of the footage I've seen I have to wonder if there isn't a faction represented that just likes to break things for whatever excuse is handy, but burning down that Minneapolis cop's precinct, with that police department's history? I get it, yeah.) Shit's gotta change and oftentimes change needs a push.

I grew up on Star Trek (obviously) and have always subscribed to the ideals put forth there, believed us to be a people that could achieve a future free of the stupidity and machismo we're confronted with all the time today. When I was a kid, one of my favorite episodes was "A Taste of Armageddon," in which two worlds have been fighting a war for centuries and have sanitized the process so completely that the populaces just accept it as the way things are and perpetuate the clean, deadly carnage decade after decade after decade. Captain Kirk and the crew are declared casualties in their war and, in order to escape, they destroy the apparatus that allows the war's cleanliness; this forces the world leaders to realize that war is a thing to be avoided and that making peace is a real option. Kirk has a mini-monologue at the end of that script that I've always loved—arguing with a planetary leader who insists people have a killer instinct that rules them, he says: "All right, it's instinctive. We're human beings, with the blood of a million savage years on our hands. But the instinct can be fought. We can admit that we're killers, but we're not going to kill today. That's all it takes! Knowing that we won't kill today." (Just one of many bits of Gene L. Coon dialogue that reached me as an impressionable youngling, delivered with just the right level of Shatnerian melodrama. And no, I didn't have to look it up.)

Law enforcement, along with American society at large, took a nasty turn after 9/11. The US went all in on machismo in the GWB years to our profound detriment, and while we came back from it a little bit after W slunked off to Texas to learn watercolors, we're in much worse shape now with public policy based on grievance and selfishness and the way of I-get-mine-and-fuck-you as a governing principle.

Even Star Trek knew that in order to get to its relatively idyllic future things would have to get worse first. Bad enough to kick our collective asses out of a complacency that lets us keep on settling for tiny two-steps-forward-one-step-back progressions. I hope the single four-year term of President VonClownstick is as bad as we need to get, 'cause this is plenty scary enough.

Wake the fuck up, America.