Social media: what is it good for? 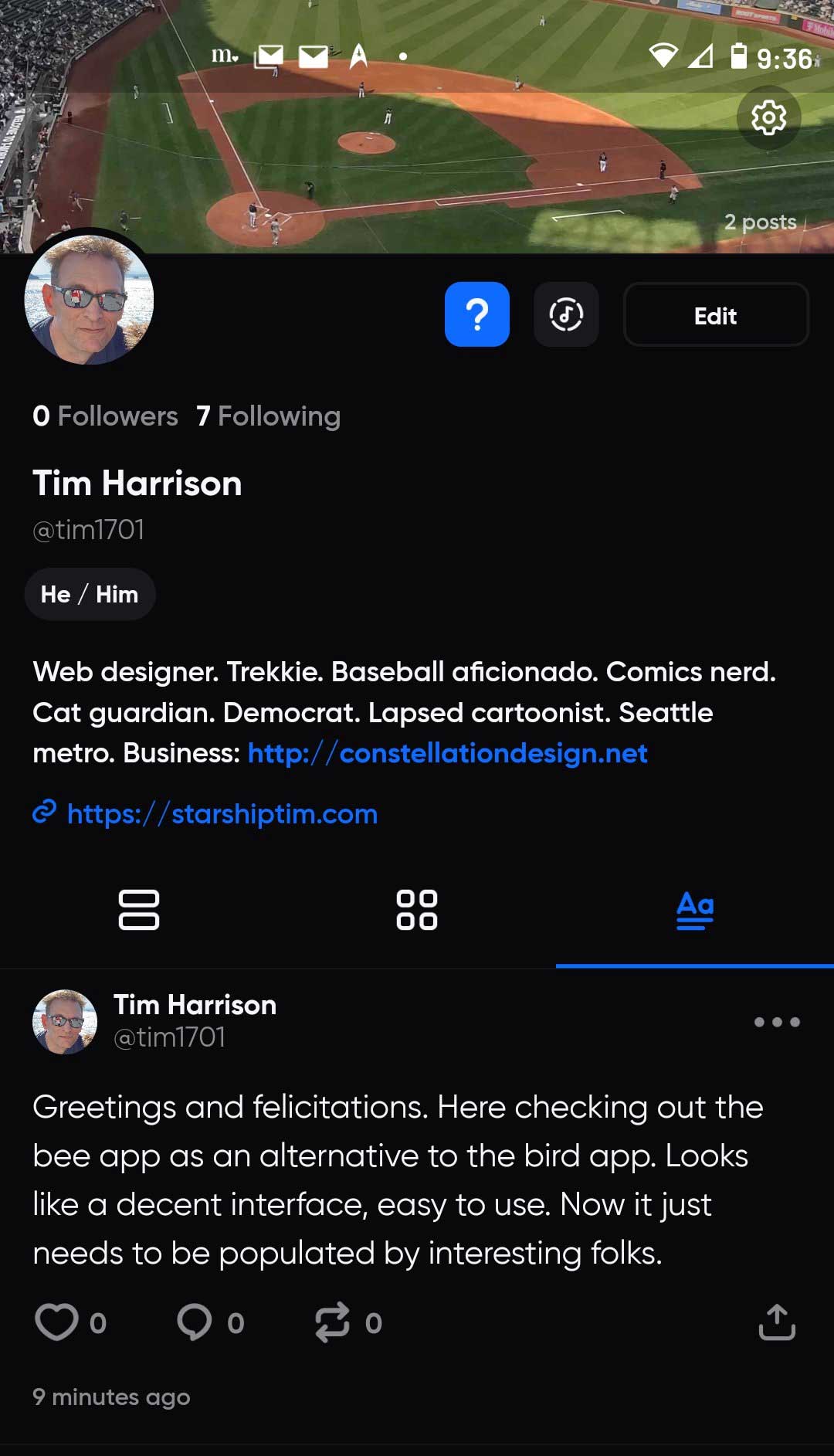 Now on Hive! But still also on Twitter. For now.

As I rambled about the other day—and I realize this is going to be a little repetitive—the Musk takeover of Twitter has led lots of folks to abandon the platform. When I look at my feed there now, it's considerably different—mostly due to the absence of some things that were there before rather than the new deluge of right-wing BS that others are finding. Probably because my Twitter reach/connection is minuscule compared to some others'.

Now, I completely get why people have left/are abandoning it. Who wants to support an asshat like Elon Musk? Thing is, though, we aren't paying him anything. Twitter is, for now, a free thing, and there are good arguments against bailing out and leaving it to be populated only by wingnut crazies. Others using the thing doesn't actually make it better for Elon, except so far as it makes it a more attractive platform for advertisers, and advertisers are already dropping like flies because Elon is, well, Elon. It remains to be seen if the size of the user base will be enough to get advertisers back, though it does figure to be a thing long-term.

I've already stopped using Facebook for the most part.  I still use it to promote things; too damn many people use it as their only portal to the whole Internet, so you gotta work with it to get any hits at all. But Zuckerberg's brand of asshattery and misinformation peddling ruined it as a useful entity—and his algorithm and setup as it currently is doesn't let me connect with people like it used to anyway—so dropping it was no great loss, especially because Twitter was serving whatever social media "needs" I thought I had.

Now Elon Musk is proving himself to be worse than Zuckerberg. So: to leave Twitter or to stick around and see how things shake out?

Alternative platforms are starting to crop up, with tech nerds looking to take advantage of the opportunity to draw an instant user base from disaffected Twitterers and/or just looking to provide a healthier version of social media. I've checked into a couple of them, just out of curiosity. None of them are terrific. Mastadon is a pain in the ass and its selling point of having no central authority has a significant downside to it; in time, that setup would appear to be more conducive to a free-for-all of misinformation and fuckery. Post could be interesting, but as you can't look at it until hanging out on a waitlist for an indeterminate period there's no way to know right off. Then I saw Hive Social, which is a literal two-person operation but appears to have a lot of promise.

I signed up at Hive. I'm checking it out here and there, it's like Twitter without the character limit in most ways. It's buggy, so to speak, but that's to be expected with a new service rolling out in progress in order to stake a claim to the pool of prospective users (the Android app is still designated a "beta release," though their iOS version has more history; as yet there is no browser version). If it starts to get use by the sort of people and accounts I've found useful on Twitter, it'll serve me fine.

But what are anyone's "needs" on social media? I find Twitter good for finding news and having interactions with people who would otherwise be beyond my reach. I can send Seth MacFarlane a message about how much I liked an episode of The Orville, or compliment Marco Gonzales on a pitching performance, or pass on notes to the writers of Star Trek Discovery and they'll see them (or there's a decent chance they will). I had some fun back and forths with Chez Pazienza before he left this mortal coil. There's all kinds of humor to be found there. But it's also a time suck. If I don't find out about news items quite so quickly or don't get to share a joke with Joe Posnanski it's really not a big deal.

We live in a strange era, this alleged information age. I'll see how this Hive thing plays out, and maybe I'll keep using Twitter or maybe not. But I might be better off ditching it all.